What is Neem? How can Neem benefit my health? How can I use Neem?  Why should I use Neem Supplements? What Can Neem Leaf Capsules do for your Health?  These are all very common questions as Neem starts to gain more attention for the many health benefits that have been realized in past history.

Let’s start out with what is in a Neem Supplement. Neem leaf capsules (produced by All About Neem) contain powdered neem leaf.  Neem is a tree that grows natively in India and other Southeastern Asian regions and has been considered a cure-all among the people of these regions for many centuries. Neem is the most revered component in Ayurvedic medicine and has been prescribed to fight a long list of diseases.

The leaves, bark, and seeds can be harvested without doing harm to the tree. All of the parts of the Neem tree contain powerful chemical compounds that neutralize fungi, harmful bacteria, viruses and parasites. The oil pressed from the seeds is used externally to combat pathogens that try to enter the body through the skin.

We can access the active ingredients contained in the Neem leaf by drinking Neem leaf tea, concentrated extract or taking capsules filled with Neem leaf powder. Powdered neem leaf extract can be added to boost the potency of the capsules.

Neem leaf capsules are the most convenient way to regularly introduce Neem into your system. These capsules should be taken daily just like vitamins. 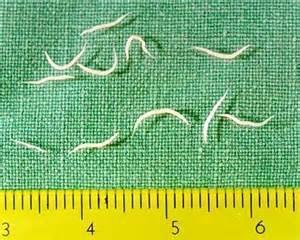 Neem is nature’s perfect blood purifier. It eliminates 220 parasites (pin worms, round worms, ring worm, to name a few) by disrupting their reproductive cycle. The same thing is true with fungi that show up on your toe nails. This fungus is in your blood!

Other research has shown that Neem is the most potent antioxidant available. Studies have indicated that Neem fights certain types of cancers, such as prostate. Neem laced blood has also been linked to lowered blood pressure and Type 2 diabetes.

What does Neem and Chagas Disease have to do with one another? Over 20 million Latin Americans are infected with the Chagas Disease. What is Chagas Disease? It is a disease caused by trypanosomes transmitted by bloodsucking bugs, also known as ‘Kissing Bug’. The parasite Trypanosome cruz attacks the muscles, including the heart, and drains the victim of all their energy and in many cases leads to death. Research done in the Oswaldo Cruz Institute in Rio de Janeiro has shown that Neem leaf powder has been able to stop infestations of this parasite.

Chagas disease is a major health problem that infects some sixteen to eighteen million people, with another ninety million at risk in parts of South and Central America. It may be deadly. There is no vaccine and no safe and effective drug for its cure. The disease is caused by a parasite. Trypanosoma cruzi, which is spread by an insect, named the kissing bug.

If you have friends or relatives that have traveled to Rio de Janeiro for the Olympics, get them on Neem. The CDC estimates that over 300,000 people in the United States have been infected with Chagas Disease, most of these having traveled to Latin America.

It’s called the “kissing bug” and it’s bite can be the kiss of death if left untreated. The CDC is warning Americans about a deadly Latin American disease is making its way through the southern part of the United States, including Missouri and Illinois. It’s called the “Kissing Bug” but it’s not as cute as it sounds. The bug carries a parasite that causes Chagas disease.

The disease once thought to be limited to Mexico, Central and South America is now infecting about 300,000 people in the lower half of the US. It is important to note, most of the people living with the disease were infected while in Central or South America. Doctors say the kissing bug is a silent killer and if not treated, the infection can prove fatal. Symptoms include pain in the gut or swelling where the bug bit the person. Experts say a person can go as long as 20 years before the parasite takes it toll. 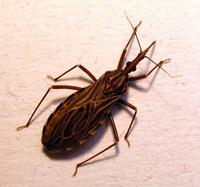 What are the Symptoms of Kissing Bug or Chagas disease?

Protect yourself from a multitude of blood borne diseases by taking Neem Leaf Capsules. You will be glad you did. Visit allaboutneem.com for the purest and most economical high potency neem leaf capsules you can buy. Made in America